Micropayments and a New Internet 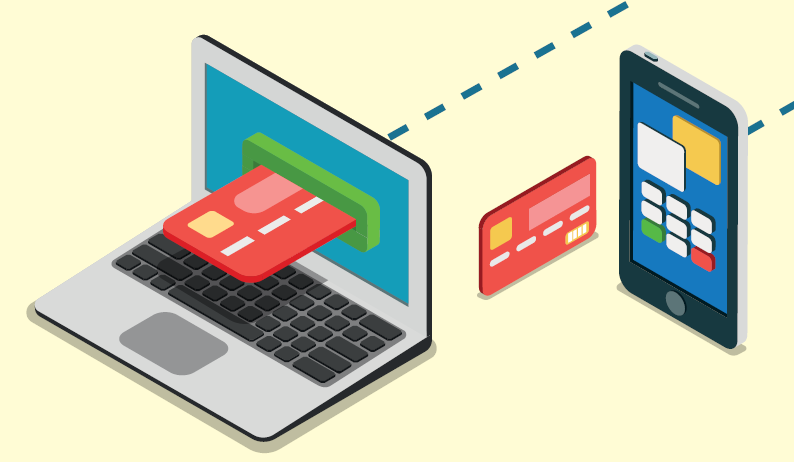 The ‘404 Not Found’ error, the silent announcer of broken links, is a frequent encounter found along the online road. Today, though, we will be visiting Its lesser known cousin, error 402 — ‘Payment Required’.

At the inception of the commercial world wide web, its creators had envisioned a system supported by some form of integrated digital payment, where a user surfing through pages could distribute amounts of virtual cash to reward content creators and online vendors that they stumble upon. They had envisioned a new, connected economy, facilitated by a smooth digital currency that could drop to as little as fractions of a cent per transaction.

In this system, a content creator could ask for anything from a euro down to the tenth or hundredth of a cent for a view of their, say, short story or article. Perhaps you would enter a site like the New York Times for a few cents, and gain a temporary subscription of a day or two before you have to pay to enter again. If you’re perusing an online merchant’s collection, you might only need to push a button somewhere on a page, and a crypto token is given which the merchant could exchange for some sweet legal tender.

The details of this digital payment infrastructure could be moulded in any number of ways, but fundamental to the idea is the ability to make seamless payments online — whether large or tiny — and thereby open a direct line of commerce between the browser and the browsed.

Yet today, some thirty years after the creation of the internet, error 402 is still ‘reserved for future use’, and we still saddled with a laborious, multi-step process where you have to enter your credit card numbers and email addresses with each and every purchase and subscription.

A large reason why micropayments never coalesced is because of the costs of transaction — they couldn’t be kept low enough to justify tiny payments, and it didn’t make much sense to make a payment of 0.1 cent when it takes several cents to actually transfer the money.

So in the interim, the credit card, a tool designed for in person interaction, has awkwardly been slapped into the online world. And along the way, the price of the goods you buy might’ve been pushed up by payment processors with high(-ish) fees, your browsers bombarded with the ads that you can see and the adtech that you can’t, your data logged, and your behavior surveilled for later analysis.

This was, of course, the natural progression.

Because there was no way for many people to each give small amounts of money to pay for their internet experience, advertising has instead been used to finance the digital world — which in turn encourages data to be pilfered and analyzed for more precise ads.

For the user, it means trading her privacy and security in return for access to products and services online. For providers, it means having to pass through throngs of middlemen to get paid.

Firms such as Brave, Flattr, Patreon, and Ripple are currently looking at different ways to enable micropayments. Some, like Brave and Ripple, are basing their systems on cryptocurrencies. Others like Flattr and Patreon are offering channels to distribute cash normally, albeit in smaller amounts.

Attempts were made in the mid-90s to create micropayment systems, but they all failed to make any headway, largely owing to the high transaction costs. But micropayment ventures have made somewhat of a comeback over the last decade.

Several things have taken place to make this possible. Firstly, the combination of widespread internet access, smartphones, and cloud computing has brought down the costs of internet transactions and made online access perennial and almost ubiquitous. Secondly, social media and crowdfunding platforms have opened a direct channel between creators and their audience, while tapping into a public sentiment wanting to support the things they care about without having to pass through middlemen. Thirdly, the advent of blockchain is creating possibilities for tokenized, cross-border payments more efficient and secure than traditional methods.

Critics worry that micropayments would pave the way for a prohibitively expensive internet where you have to pay to surf. But we already live in such a world, it’s just clunkier and less coordinated. Micropayments wouldn’t solve all the issues of the internet, but it’d surely make things more convenient, secure, and less able to surveil its users.

Of course, you might want personalized ads and for your recommendation engines to know every little detail about you, so the next video or item for purchase is exactly the one you didn’t know you were looking for. Of course, an organization, merchant, or freelance creative could still choose to use advertising revenues or the kinds of subscription models we currently see to finance their work. Of course, when you buy something online, you’d still have to provide your address somehow for it to be sent to you.

But the point is that under a blockchain-esque micropayment system, you have the choice of deciding whether that’s something you want or not. You could reveal your details only to the people you need to, when you choose to.

This program is financed by the European Social Fund (ESF), as well as the State of Berlin.
Category: StoriesBy The High-Tech SeedLab TeamSeptember 6, 2019
Tags: AtomLeap High-Tech AcceleratorblockchainInternetmicropayments