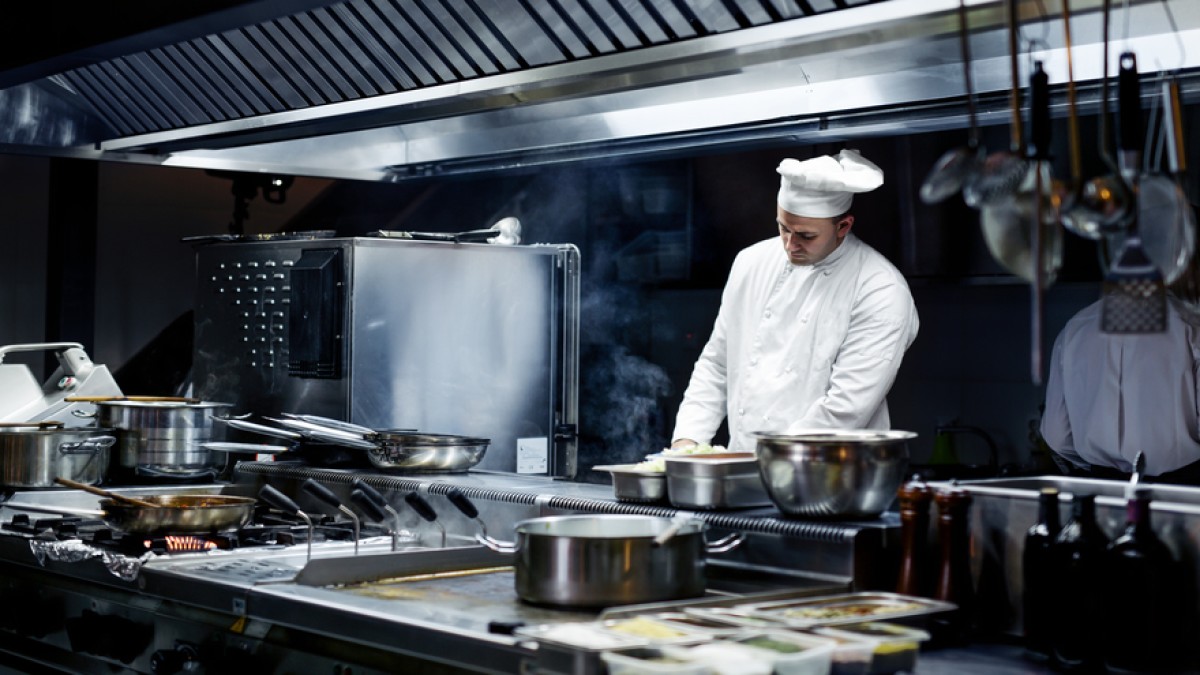 Monday. 1 pm. Lunch rush. We’ve all been there.

As you squeeze and push from one end of the street to the other, you’ll likely encounter a dozen bike-riders wielding large, square-ish backpacks on their shoulders, zigzagging past the hungry crowds.

Packed inside those bags, of course, are fresh, delicious meals about to be delivered to their famished customers-in-waiting — perhaps a corporate associate who had no chance to cook in advance, or maybe a scholar with little free time between one lecture and another.

Over the last few years, food delivery services in the likes of Deliveroo and Uber Eats have been ripping through cities on a crusade for culinary convenience — and they have been cleaving deep impacts upon the traditional food service industry in the process.

An intriguing consequence of food delivery’s popularity is the proliferation of so-called “ghost kitchens” or “dark restaurants”. These terms may sound creepy, but they actually refer to kitchens that exist solely to make food for delivery, and don’t offer any physical dining space to their customers.

The restaurant business has never been a tranquil trade, but today the competition is only getting stiffer. On the brick-and-mortar front, new chains and trends are emerging to service the changing tastes of a shifting demographic that looks for items like meatless burgers, and seeks out fast casual eateries with healthy, organic, and even locally sourced goods. In the online space, delivery apps offering menus from dozens of restaurants means the competition has expanded from the kitchen next door to, well, the entire city.

Meanwhile, the overhead costs of owning restaurant stay the same — or keep rising — and the large initial upfront costs in paying for furniture, facilities, staff, and marketing still exist.

Ghost kitchens, however, might have the potential to redefine the foundations of the restauranteur’s business model, owing to their unique positioning in the food service supply chain.

The reasons are fairly simple: Because their customers eat at home, ghost kitchens require much less initial investment to kickstart activity, and are more scalable than a traditional restaurant — when demand grows, there is no need to expand dining spaces as well. Plus, one kitchen could easily offer several different cuisines (even under different brands) all within one cooking space.

Back in July, a $125m funding round received by the self-proclaimed “largest internet restaurant” in the world, Rebel Foods, drew industry attention. The Mumbai-based venture counts more than 200 kitchens scattered over 20 cities across India, serving thousands of meals each day.

Rebel Foods enjoys a current evaluation of roughly $525m and closing FY2019 with a run rate of 4.5bn INR. It’s also planning to expand its activities all over Indonesia by launching a hundred  new kitchens in the next 18 months, and 20 other kitchens in the United Arab Emirates by the end of 2019. All pretty encouraging, considering that Faasos (the company’s first brand, launched in 2011) was on the brink of bankruptcy in 2013 due to rising rental rates

But it’s not all roses. While the ghost kitchen model can drastically mitigate expenses, they have no foot traffic to fall back on should demand for deliveries lag, so are slaves to the whims of the mobile-wielding consumer. And unless they have the resources to create their own delivery fleet, the fate of these kitchens are also largely dictated by companies like Deliveroo.

So it comes as no surprise that the Berlin-based ghost kitchen startup Keatz recently shut down operations (only in Germany) due to the unexpected exit of Deliveroo from German market — an exemplary incident to illuminate the dependency of ghost kitchens.

It is not an easy task to predict the future development of this sector. From a market-perspective, the aforementioned increasing competition will either lead to further mergers of delivery-service providers, or alternatively to further diversification of the products shipped — for instance, moving to groceries.

On top of that, much concern has been raised by health inspectors on violations of working conditions. In some cases, these kitchens are located in the innermost parts of urban facilities with limited outdoor access, or even in mobile trucks and containers — priming the industry for a polarizing exposé.

The food and hospitality industry is living in an age of major and impactful changes largely brought on by digital tech. Although some ghost kitchens chains proved to be economically profitable, the fate of the delivery-only services on which they rely is yet uncertain. One thing is for sure, though: The “delivery war” is just about to commence and there are still plenty options left to be explored — drones and UAV for last-mile delivery, for instance.

This program is financed by the European Social Fund (ESF), as well as the State of Berlin.
Category: StoriesBy The High-Tech SeedLab TeamAugust 30, 2019
Tags: AtomLeap High-Tech AcceleratorDeliverooDelivery appsghost kitchensHospitalityRestaurantsUber Eats