The little startup that could: ProGlove to take on the American market 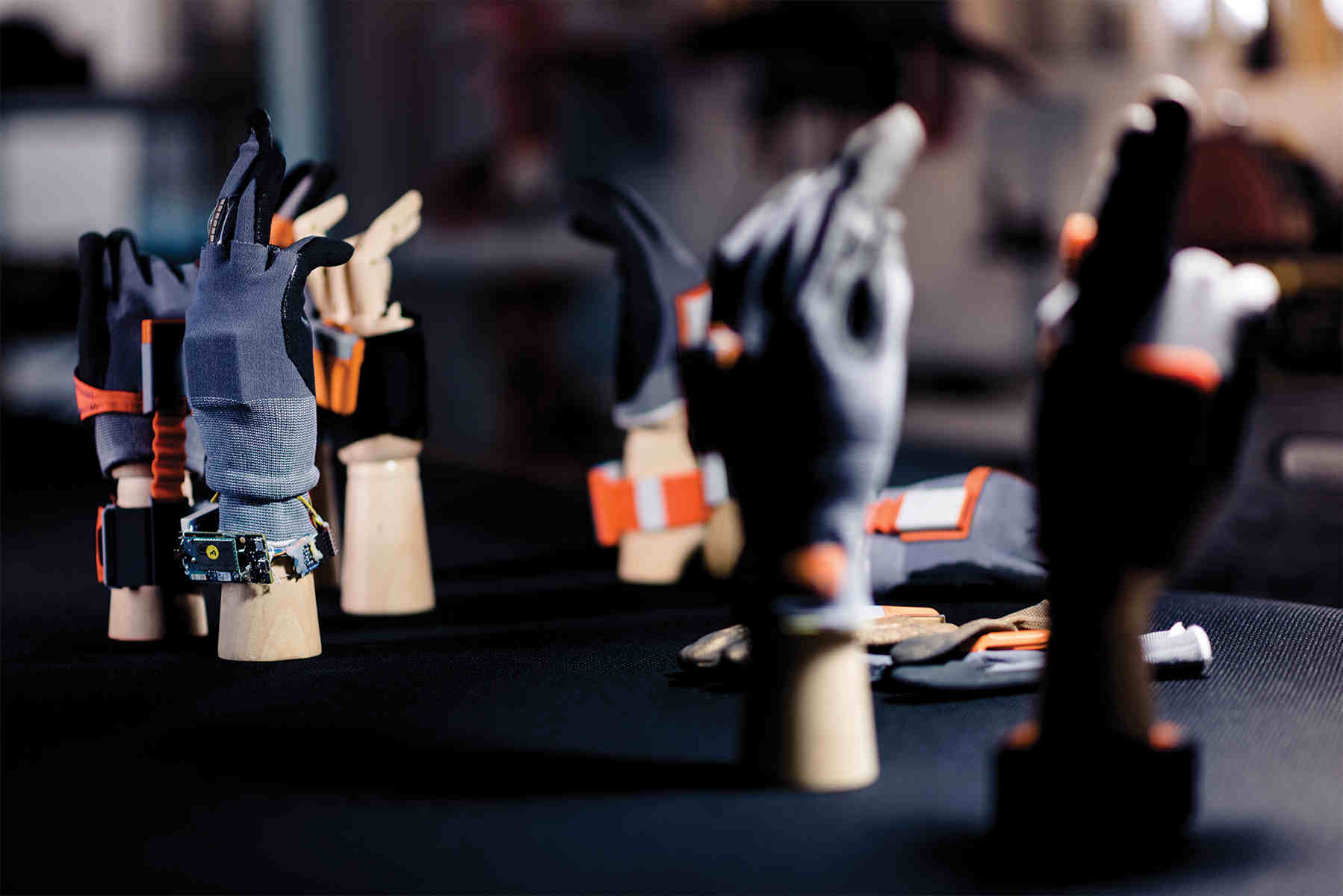 Having recently wrapped up the first round of the AtomLeap High-Tech Accelerator program, we’re slowing easing into the second round. Three new teams are poised to join us this month and we look forward to introducing them to you. But before we do, we have some great news to share about ProGlove, a startup that participated in the Smart Wearables x Textiles Accelerator Program by the Berliner Senatsverwaltung für Wirtschaft, Energie und Betriebe/ Projekt Zukunft and AtomLeap last year.

On April 23, the Munich-based manufacturer of wearables for industry announced that it had secured €5.5 million in funding from a group of four investors — Gettylab, Bayern Capital, Intel Capital, and DIVC. The first three are also the company’s initial backers, having previously financed ProGlove to the tune of €2 million in its first round of financing, according to ProGlove’s press releases.

By many metrics, ProGlove is the epitome of success in the startup world. Founded little over three years ago by four German engineers, ProGlove has gone from strength to strength in its short history. By October 2016, the company had already launched Mark, its first smart glove used in industrial assembly lines, warehouse operations, and procurement chains. It then moved on to secure more than 250 clients, which include some of the largest Europe-based multinationals — BMW, Rewe Group, Trelleborg, Lufthansa Technik Logistik Services, Redcoon, and Ikea. Its turnover, which reached the seven digits in 2016, quadrupled the following year. And its team grew exponentially, from less than 30 members in mid-2017 to over 80 at the moment. Its growth has been such, that a recent study by consultancy Allied Market Research identified the company as a leading smart glove developer globally, alongside much larger tech companies like Apple Inc. and Samsung Electronics.

With all this good news coming in, we caught up with Bernhard Siegert, ProGlove’s business development manager, to talk about recent developments and the company’s future plans.

Bernhard himself admits that the company’s rapid growth took him by surprise. “I have been working for ProGlove for nine months now, and during this time our team almost tripled in size. Generally, hardware manufacturers need bigger teams because they need to physically make their products. This is why we had to grow so much so fast. […] It is easier and faster for software companies to expand internationally; whereas we first need to make sure we have the necessary workforce to support our expansion,” he said, while emphasizing the fact that ProGlove is currently working on developing its software-based application.

This type of growth, while encouraging, does not come without its challenges, Bernhard confessed, for the company is currently working on formalizing some of its processes in order to facilitate communication among its growing staff. “Previously, we could just talk to whoever we needed to talk to directly, from across our desks. But now we’re about to move to a new facility, we’ll have separate offices, and that type of system will no longer work. In fact, transitioning from a startup to a bigger company without becoming too corporate is one of our main challenges at the moment. We want to maintain our startup vibe.”

Part of the reason behind ProGlove’s success is that its product is seamless, intuitive, and answers a need in the market of heavily industrialized countries like Germany, where procurement and assembly processes get more and more complicated the bigger the companies. Solutions that simplify those processes, thus saving companies time and money, are therefore sought after. And that is exactly what ProGlove provides — an easy way to integrate automation and human labor.

Says Bernhard: “Smart wearables in Industry 4.0, like smart glasses or gloves, all rely on the same basic concept of adding a third hand, so to say, on the worker. Since many workers in industry already wear gloves, the hand is an obvious place to put hardware on a worker. After equipping workers with hardware, the next step will be to make the hardware smarter. We are already experimenting with analytics and software products that do just that, but we must proceed with care because of privacy concerns and labor rights.”

That likely explains why the smart glove niche, valued at $1.7 billion in 2016 according to Allied Market Research, is expected to double in size by 2023, while earlier initiatives like Google Glass are slowly losing traction. North America is projected to dominate the smart glove market, a fact that is not lost on the ProGlove team. For the recent financing round is meant to support precisely the company’s expansion from Europe into North America and the development of additional software applications to expand the functionality of the smart glove.

According to Bernhard, the company has already had a few first experiences in the US, where it has an office in New York City thanks to its participation in the German Accelerator program, and has already noted some important differences between the German and American markets.

“In German assembly lines, efficiency is highly treasured, therefore our sales arguments here have revolved around efficiency improvements. However, in the US, we will likely have to emphasize arguments like the ergonomic characteristics of the glove and the novelty of the technology behind it, because American companies like to be early adopters of high-tech.” While the company has yet to define its expansion strategy in the US, it is looking to relocate in a few months from New York City to a more manufacturing-intensive area like Detroit or Atlanta and anticipates that its first clients in North America will be German corporations that are already among its clients and that have significant warehouse or assembly operations there.

As for its branding strategy, ProGlove is quite clear on what aspects it wants to emphasize, according to Bernhard. “While we may be a startup, we want to position ourselves, in Europe and beyond, as a stable and reliable German manufacturer that facilitates the integration of human workers and industrial Internet of Things.”

Partnering up for success

The ProGlove team is optimistic about the prospects of smart wearables in Industry 4.0. Whereas up until a year or so ago many thought that the relentless automatization of industry was written on the wall, more recent developments have pushed even Tesla’s Elon Musk to admit to the importance of human labor in industry. Robots, it seems, may not irreversibly and rapidly replace human workers after all, but rather help them work smarter and faster.

Having said this, establishing partnerships is very important to ProGlove, according to Bernhard, for “it is easier to access clients through an existing partner that has a good relationship with our company. But we also value direct sales, because, in this way, we can ensure that our product is used as intended.”

While the recent injection of funds may provide a temporary lull from the worries of financing fast growth, the ProGlove team is not about to rest on its laurels quite yet. On the contrary, the company will continue its marketing activities and its efforts to establish partnerships. Thus, if you happen to be in Berlin next week, you will find ProGlove among the participants at CUBE Tech 2018, a leading Industry 4.0 event that brings together a multitude of stakeholders active in this area, ranging from startups to corporations and investors.

Having participated in a few accelerator programs already, including one organized by AtomLeap, Bernhard believes that accelerators have been of great help to ProGlove’s development. “It is always useful to get a fresh perspective on your product from people who want to help you. Otherwise, there is the danger that you get so absorbed in what you’re doing, that you fail to see obvious mistakes or shortcomings.”

If you think you have what it takes to become the next ProGlove and would like to accelerate your development, get in touch using the contact form on our home page or directly apply to join our accelerator program. And, as always, stay tuned for more stories about our teams!