The Controversy around the Gig Economy 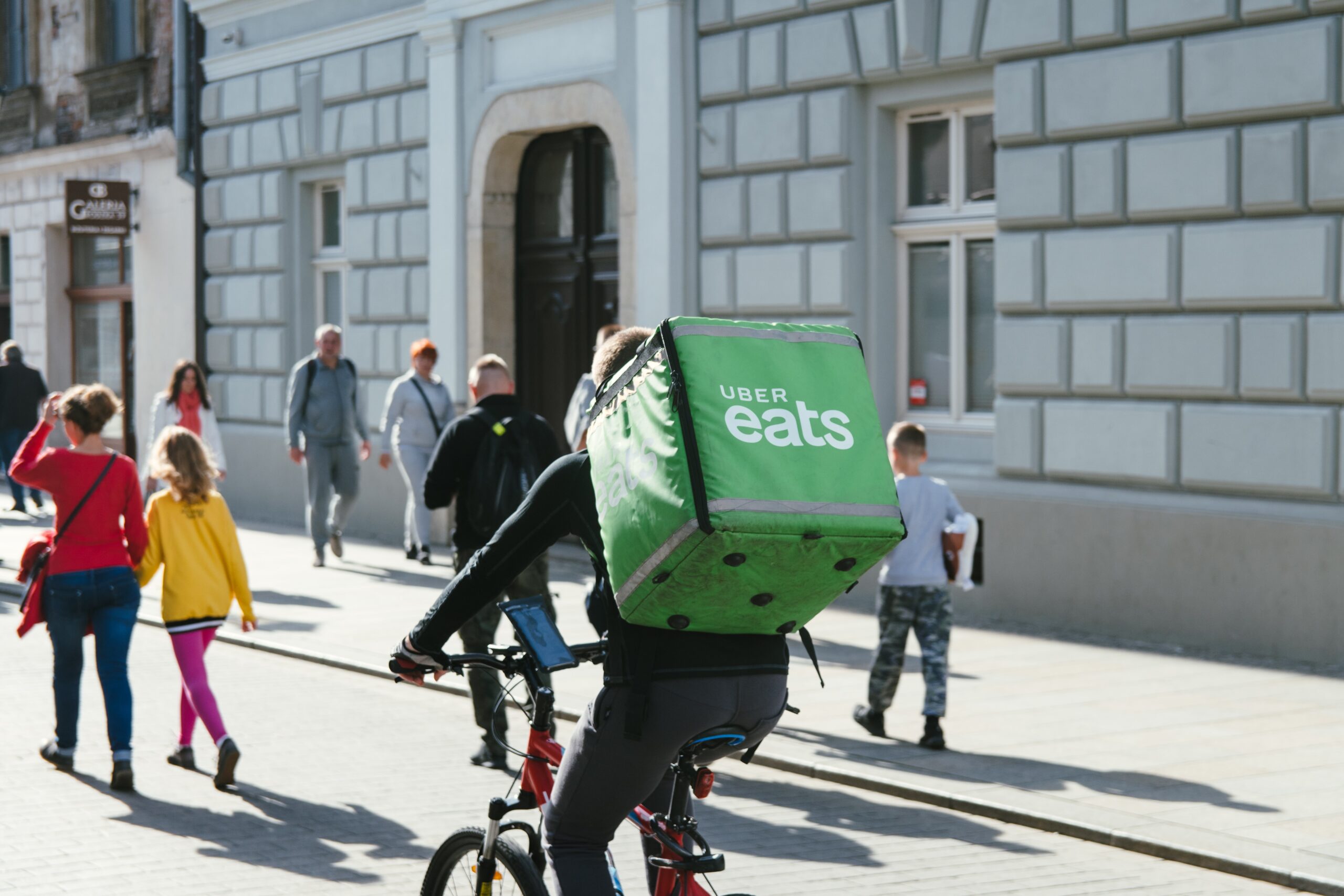 Gone are the days where 9-5 jobs were the norm. And where your first job was the one you kept for decades. Instead, the rise of technology and remote work as ‘digital nomads’ is challenging traditional forms of employment. We are witnessing a shift from full-time employment to freelancing, working part-time, and independent contracting – often referred to as the ‘gig economy’.

In the gig economy, workers have temporary positions which allows them to change employers frequently or even have several at the same time. One of the main differences of this ‘on-demand’ work model is that workers are solely being paid for their ‘gig’, instead of being paid a regular salary.

But why would somebody want to be a ‘gig worker’? And why are online platforms like Deliveroo & Co. especially being put on the spot?

For some, the rise of the gig economy is an opportunity to escape the stiff corporate world. It’s a return to autonomy and independence from wage labor. Instead of having a fixed desk, freelancers can live their ‘van life’, travelling the world while being their own boss – the only thing needed to work is an internet connection. Sounds liberating, doesn’t it?

Before taking a closer look at the pros and cons, let’s make one important differentiation: On the one hand, there are self-employed people like designers, journalists and entrepreneurs who aim to build themselves a name as successful freelancers in their industry, or even start their own business. And on the other hand, the rise of online service platforms such as Deliveroo, Uber and Co. has created another type of self-employment: the gig worker. Let’s take a loot at an example:

A student is self-employed at Deliveroo, an online food delivery service, and is able to earn extra income without making major commitments. It’s kind of perfect because she or he can decide when to work or not, study in downtimes where no orders are coming in while keeping a work-life-study balance. More than 80% of Deliveroo riders are reported to value this work flexibility.

But what if you aren’t a student and cannot afford any downtime? Gig workers of on-demand services like Deliveroo, Uber and Co. do not have the traditional employment rights we are used to: They are not entitled to a minimum wage, sick pay, holiday unemployment benefits nor health insurance. This lack of empowering rights is a highly disputed topic particularly regarding the need of welfare states to adapt public policy to protect these new types of workers.

So, essentially, these platforms function as intermediaries between service providers and customers, while their gig workers take over the mostly low-skill level jobs such as food delivery. And there lies the reason why there is such a controversy around the gig economy: Gig workers on online platforms often struggle with missing income during downtimes rather than benefiting from the flexibility associated with self-employment.

The fight for gig workers’ rights

For the past years, the gig economy has made several headlines around legal cases of on-demand platforms such as Deliveroo, Uber and Glovo concerning the self-employed status of their gig workers. But with mixed results: While Spain classified Deliveroo and Glovo riders as employees, the UK ruled against a collective bargaining agreement leaving Deliveroo riders in their self-employed status.

Critics say that these platforms are taking advantage of their workers by sidestepping responsibilities and acting outside of social protection schemes (eg. pension and health insurance). Extending workers’ rights would be economically less profitable for their otherwise very powerful business model which is based on network effects, having nearly zero marginal costs and very light assets.

But, is this debate as important as the media gives it credit to? Let’s take a look at some numbers to wrap up:

It is very difficult to get stats on the gig economy given its heterogeneity and the fact that companies do not disclose numbers. But according to a study of McKinsey, 20% of the working population in the US and Europe are not in traditional 9-5h jobs. Given this also includes self-employed freelancers, the number of gig workers managed by online platforms is smaller.

According to a FEPS study conducted in 13 European countries from 2016-2019, most platform work is occasional and in the majority of cases constitutes “a minor supplement to their main source of income”. In Germany, people reported to do gig work less than on a weekly basis. In addition, all European interviewees reported that less than 10% of their income originates from gig work.

These results suggest that the scope of this problem is not as big as the media gives credit to. Interestingly, the results suggest that temporary work is being done by people who already have a job instead of by people without one. What does this say about the effect of the gig economy to unemployment? But that’s a whole other discussion that we can tackle another time.

Fact is that there is no end to this debate yet so we can be sure to keep reading headlines around the gig economy in the future.

For questions about the program and our curriculum, please contact asia@hightechseedlab.com.