Germany as a Developing Country: Gender Equality in Leadership 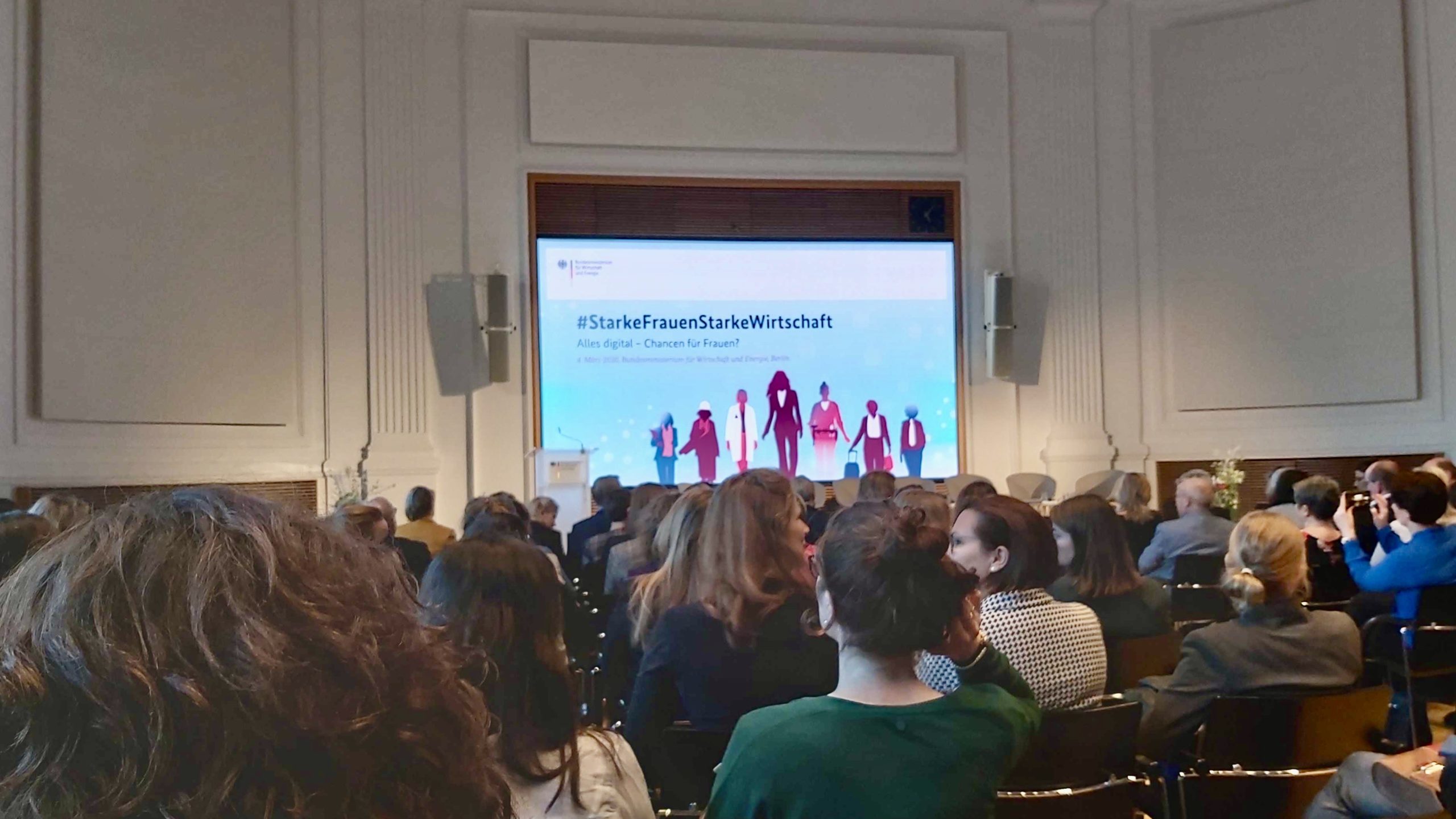 International Women’s Day is coming up on 8 March. This is a good occasion to take a look at the current status of gender equality in leadership positions.

On the invitation of Germany’s Federal Ministry for Economic Affairs and Energy, experts from small and large companies and the digital economy gathered on 4 March. The topic of discussion: ‘All digital — opportunities for women?’ Being strongly connected to the topic, the High-Tech SeedLab team joined in as well. The event is part of the series ‘Strong Women. Strong Economy’. Its aim is to direct attention to equal opportunities and women’s position in leadership, as well as promoting women as visible role models.

Current status of gender equality in leadership positions in Germany

AllBright, a German-Swedish foundation that works to encourage more women and diversity in executive positions within businesses, presented at the event. Christian Berg, one of the managing directors of AllBright, cited The Autumn Report 2019. It was disappointing to learn that 91% of the executive and supervisory board members in Germany’s 30 largest companies listed in the national benchmark index are male. This ranks Germany in the second to last position. It also makes it the only country where not a single of the largest corporates reaches a share of 30% women on the executive board.

The good news is: there are small signs of change. There was, for example, an unusual amount of change on the top levels throughout the last year. As a result, more women than ever joined the executive boards Germany’s 160 DAX-companies. But the international comparison is a revealing one. When it comes to diversity, Germany is a developing country, massively lagging behind the US, Sweden, UK, and France. The progress is so slow that it would take 22 years to reach a level of 40% of women in Germany’s executive and supervisory boards.

There is much to learn from foreign companies. Most of all from an inclusive corporate culture, which welcomes and promotes leaders with diverse backgrounds.

How to reach gender equality in leadership roles?

German startups and their lack of female founders

Looking at the teams of the High-Tech SeedLab batch 2020, we are happy to see that 32% of the participants are female. This is above Germany’s percentage of female startup founders, which sits at 25%. Figures are even lower (at around 13%) when looking at startups in the high-tech sector. All-female teams are still rarer. Only every sixth company and every 20th high-tech startup are founded exclusively by women.

One statement by Christian Vollmann, CEO and co-founder of nebenan.de, stuck with us when he shared key learnings from his entrepreneurial journey during the ‘Strong women. Strong Economy‘ event. “My first learning as a founder: never again found alone. My second learning: never found with an all-male team.“ With an all-female or mixed founding team, a company is more likely to hire women for leadership or senior positions later on.

Are you a women-only or mixed team that wants to turn an idea into a business and be part of a motivated group of like-minded entrepreneurs? Applications for the High-Tech SeedLab Batch 2021 open in October 2020. If you have questions about the program or your application, please contact iris@atomleap.com.

This program is financed by the European Social Fund (ESF), as well as the State of Berlin.
Category: StoriesBy Iris from the High-Tech SeedLabMarch 6, 2020
Tags: acceleratoraccelerator programgender disparityhigh-tech seedlableadership