A New Kind of Sport 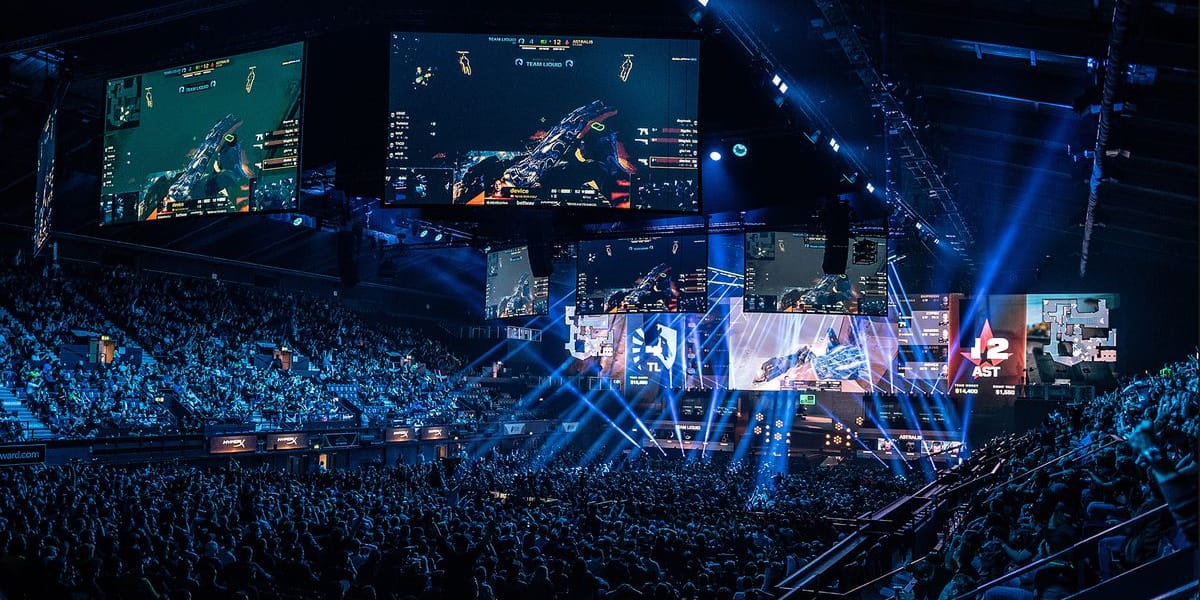 In the Staples Center, the home of the Los Angeles Lakers and one of the world’s premier concert venues, a sold-out crowd buzzes. Hundreds of millions of people from around the world tune in to watch online or on a TV broadcast. Participants are vying for millions, seeking purses larger than the Tour De France, the British Open, the Super Bowl, and many other of the world’s top tournaments. Its monthly audience is expected to outpace nearly every major sports league within a few years. While not yet an official Olympic sport, the Tokyo Olympic Committee has planned to arrange several related events leading up to the 2020 games. For all this buzz, no athletes can be seen on Staples Center court, no cyclists pedaling towards the finish line, no golfers preparing for their tee shots. Instead, these sports are taking place on a computer screen. Believe it or not, eSports is a billion-dollar industry that boasts 600 million estimated fans across the globe.

Broadly speaking, eSports is a competition between multiple video game players. From sports to strategy to shooter games, eSports isn’t specific to a particular game or genre, encompassing nearly every category of video games. Its popularity is already undeniable, led by a massive Asian fanbase, but supplemented with large support across Europe and the United States. With a very young fan base (80% of enthusiasts are aged 10-35), more exposure, and our increasingly digital world, eSports is destined to continue its massive growth. To capitalize on this trend, corporate initiatives, startups, and innovations are emerging and altering the field of eSports.

Nearly all the major tech players have made significant investments into eSports, particularly through live streaming platforms. Amazon acquired Twitch for $970m in 2014, the largest live streaming platform for eSports in the world. With 15 million daily users internationally, Twitch has been able to monetize the industry with integrated services through Amazon. They have secured some exclusive broadcasting rights, offered premium services, and implemented microtransactions within the platform. Microsoft (Mixer), Google (Youtube Gaming), Facebook (Facebook Gaming), Alibaba (Alisports), and Twitter (Periscope) have also all made significant investments or acquisitions into streaming platforms. In Asia, where eSports are more popular than anywhere else, Huya is the largest player, raising $461m in a funding round led by Tencent before raising $180m in its 2018 IPO.

But it’s not just the tech giants that are entering the space of eSports. Many startups have launched that offer high-tech innovations and services to promote and advance the industry. Alternative platforms and communities, streaming enhancement services, adtech, technical training, and analytics are some of the prominent fields in the eSports startup space. These companies range in the scope of their operations and the technologies they incorporate, but many have raised millions in funding. Dojo Madness is one such company. A big data startup, Dojo Madness uses machine learning to enable eSports players and fans to improve their performance and understanding of video games. The Berlin company is taking advantage of the growing trend of eSports training, in which players pay money for a trainer or coach to improve their skills. Another innovator is Cayke, a Los Angeles startup that partners with eSports teams and streamers. Through its StreamRecap software, Cayke automatically condenses long video game livestreams into short highlights for fans.

An additional major player is Sliver.tv, a startup just down the road from Apple’s headquarters. They provide a VR enabled eSports platform to record, view, and stream games. Sliver.tv has partnered with a few major tournament series, establishing themselves at the forefront of VR broadcasting within eSports. Plair is yet another startup using the latest technologies to advance the eSports experience for viewers and streamers. The Hong Kong startup is a  blockchain-backed platform to play, watch, and discuss gaming. Plair recently launched one-on-one and multiplayer tournaments fueled by its own cryptocurrency token. These companies are some of the most innovative startups in the industry, but there are hundreds more, with new companies launching to improve and expand on current eSport offerings.

Beyond these software companies enhancing and enabling the eSports industries, more companies are emerging and growing in related fields. Gambling, for example, has seen a massive boost. An estimated $6bn was wagered on eSports in 2018, generating revenues in the hundreds of millions of dollars. These figures will rise as eSports grow and gambling becomes legalized in the US and other locations globally. Gambling platforms and gambling analytics for eSports are already prevalent, and will likely become increasingly incorporated into new startups and established firms. Analytics that help streamers identify their audiences and connect with sponsors are also empowered as a result of the eSports movement. Finally, some hardware companies are benefiting as well. Companies like Nvidia that produce advanced graphics cards, which enable high processing power for gaming and streaming will see higher demand as eSports become more popular.

Despite critics who warn of the industry’s contribution to video game addiction and complain it’s not a real sport, eSports is here to stay. Economically, the already profitable industry presents a litany of opportunities for startups to innovate and advance the eSports experience. Culturally, eSports has the potential to change the way our society views sports and competition forever.

This program is financed by the European Social Fund (ESF), as well as the State of Berlin.
Category: StoriesBy The High-Tech SeedLab TeamJuly 26, 2019
Tags: AtomLeap High-Tech AcceleratoresportsstartupsTwitch