When will innovation become truly disruptive? 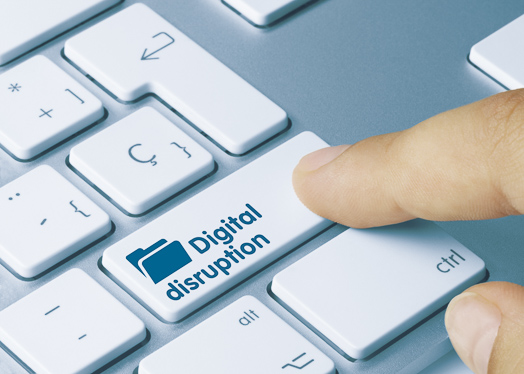 It was almost 24 years ago that economist and Harvard Business School (HBS) professor Clayton Christensen introduced the concept of disruptive innovation. Drawing lessons from the downfall of then-incumbents like Xerox and Sears, Christensen posited that new market entrants can disrupt established players by tending to the needs of low-end market segments, which the former tend to ignore. After getting a foothold in the market, these emerging companies then move up the value chain to carve sizeable shares out of their competitors’ businesses.

Christensen’ theory has since been used and abused, particularly in business circles and particularly with regard to tech startups, to refer to any type of innovation that disrupts the status quo. But while digitization has markedly changed the way we live and do business in the last two and a half decades, in many respects the disruption we have been waiting for has yet to arrive. And some, like the author of this blog post, are still waiting for innovation to deliver on its promise of disrupting business as usual to make our societies and economies more equitable, sustainable, transparent, and inclusive.

Take the banking sector, for example. Last week, two prominent publications — The Economist and The New York Times — ran specials on the 10-year anniversary of the collapse of Lehman Brothers. The conclusion, in both cases, was that, while banks are safer than they were before the 2008 financial crisis, too little has changed in the decade since. Their conclusions are supported by the flurry of corruption scandals involving banks in the last ten years, most recently about how giants Credit Suisse and Danske Bank laundered hundreds of billions of euro.

And that is not because of a shortage of attempts to change the banking sector. From the Occupy Wall Street protesters to cryptocurrency companies like BitCoin to central banks and financial regulators and, in some parts of the world, to Islamic banking, attempts to make banks more resilient, transparent, inclusive, and sustainable abound. Fintech startups have been mushrooming all over the world; some, like PayPal, becoming larger than life. Banks themselves have been experimenting with technologies like AI, blockchain, automation, VR, bots, and others to streamline their operations and make them more customer-friendly. Some have divested from fossil fuels to become more environmentally sustainable.

But despite such efforts, one would be hard pressed to find significant differences between the financial headlines of last decade and of today. It seems like, for all the social pressure and technological and regulatory changes, banking has yet to be disrupted by innovation to the extent to which one would like. Furthermore, some innovations — most notably cryptocurrency initial coin offerings (ICOs) — have themselves been wrecked with controversy and instances of fraud, pointing to the fact that innovation is not always a cure, but can become a problem if it is not managed well.

Innovation to become the new norm(al)

At AtomLeap, we work closely with some of the largest banks in Germany and the world to help them understand how startups employ emerging technologies like blockchain, IoT, AI, VR, and others to use cases in financial services. Our analyses, which are both qualitative and quantitative — using big data analytics and machine learning — point to an increased appetite in innovation amongst banks. This trend has been particularly noticeable since 2013. Starting that year, we have seen a sustained increase in the number of fintech startup acquisitions and in the total amount of investment in such startups.

So while the innovative disruption of the banking sector is not making newspaper headlines yet — to be fair, that is partly because editorial policies are based on the premise that “if it bleeds, it leads” — there is enough happening to suggest that a disruption is indeed in the making.

And the banking sector is only one example of a trend that recent studies have identified as taking place in virtually every sector. Thus, the average age of the companies listed on the S&P 500 index (the 500 companies with the highest capitalization on NASDAQ and NYSE) has plummeted from 60 years in the 1950 to under 20 years at the moment. According to a recent study by management consultancy Innosight, corporate lifespans are expected to further shrink to 12 years by 2027 at the current churn rate.

As tech startups like Uber and Airbnb — which have become household names in their own right — replace the old guard of market leaders at an ever increasing rate, corporates need to prepare for further turbulence in the years to come. Disruptive innovation has already cut deep into the bottom lines of retail giants and energy majors. It will soon reach most sectors and upset all businesses that are not prepared for change. In order to manage this phenomenon, corporations have to incorporate innovation — new technologies, but also innovative business models and lean and agile practices like reduced turnaround times and decision-making cycles— into their growth strategy and operations. For the range of alternatives to innovation is becoming increasingly narrower.