Five must reads on the topic of innovation-driven leadership 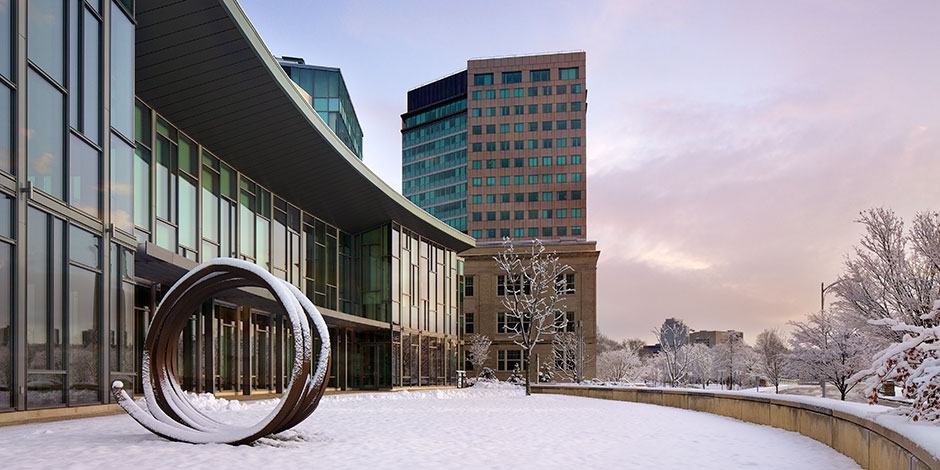 What exactly constitutes good leadership? Numerous practitioners, academics and trainers have devoted books, workshops, conferences, articles and numerous social media posts to the topic of what good leadership looks like. Seeing how entrepreneurship requires a particular set of leadership skills, we thought we’d draw your attention to five recent articles on the topic that you may find useful. Happy reading!

A recent Boston Consulting Group (BCG) study backs up with quantitative data the long-standing anecdotal evidence that diversity in the workplace is good for the bottom line. Based on a survey of 1,700 companies in eight countries, the study found that higher levels of diversity in the management team correlated strongly with higher EBIT and higher innovation revenue, defined as the revenue from products and services launched in the past three years.

¨People with different backgrounds and experiences often see the same problem in different ways and come up with different solutions, increasing the odds that one of those solutions will be a hit,¨ the report notes. However, simply setting diversity quotas is not enough in order to reap the full benefits of having different genders, cultures, professions and belief sets represented in your management team, BGC found. On the contrary, companies need to set a “the right inclusive foundation”, comprising policies like fair employment practices, equal pay, participative leadership, frequent and open communication and openness, in order for diversity to make its effects fully felt. In addition, the survey found that the effects of different types of diversity (e.g.: more women on the management team, managers from different industries, managers from different countries) on innovation revenue were additive, prompting the consultancy to recommend that companies not target one specific type of diversity, but rather take a holistic approach to the issue.

You’re determined, you’re perseverent, you’re pragmatic and you’re decisive. You’re bound to be a great leader, right? Not so fast, opines Tony Schwartz in an opinion piece for the Harvard Business Review (HBR). Using his own personal experience as an example and an abundance of professional expertise, Schwartz makes the case for why moderation is good even when it comes to exercising one’s personal strengths as a leader. In so doing, Schwartz encourages readers – and leaders – to move away from the traditional binary thinking, which conceives of workers in terms of decisive versus wishy-washy, tenacious versus lazy, bold versus hesitant, or results-oriented versus aimless.

You see, even traits perceived as strengths by most, such as tenacity and focus on results, can be detrimental to oneself and those around them when overplayed. For tenacious and results-oriented people can quickly become ruthless and narrowly focused if they overplay their strengths, and many of us tend to overplay our strengths under stressful circumstances. Schwartz himself admits to having been less than a pleasure to work with when the Energy Project decided to switch to a new business model, and he felt compelled to exercise more control and push harder than he normally would. While drive and perseverance have always characterized his work style, Schwartz concedes that his colleagues likely “felt intimidated and discounted, rather than inspired and empowered” by his new work style.

While perfection remains elusive for leaders and underlings alike, Schwartz recommends that leaders practice self-reflection in order to identify instances when their strengths became liabilities, and what characteristics they could use to balance those out when that happens.

3. An MIT study that identifies a new type of leadership: challenge-driven leadership

In 2015, two professors from the MIT Leadership Center, Deborah Ancona and Hal Gregsen, embarked upon a study to define what distinguished the leadership style employed by the alumni of the MIT Sloan School of Management and other MIT programs. Their findings, derived from 37 interviews and the study of over 200 artifacts, were published two years later and coined an entirely new leadership style: challenge-driven leadership.

Ancona and Gregsen did not set out to explore the semiotics of management or to invent new concepts. Rather, the term that they coined and the leadership style it describes stemmed from a real need, as their interviewees appeared to react negatively to the use of words like “leader” and “leadership”. According to them, “for many [at MIT], the term [leadership] has negative connotations. Those jockeying for leadership strike them as ambitious, self-promoting, political, power-hungry. People explicitly looking to build leadership skills can seem more interested in appearing to be up-and-comers than in actually helping people make progress toward goals.”

This aversion prompted the researchers to alter the questions they asked subjects; instead of inquiring about leadership styles, they proceeded to ask about how MIT staff and alumni got things done. They discovered that MITers were rarely interested in following another person – a “leader”, preferring instead to follow a problem, and that this trait came as a result of MIT educators’ efforts to focus students’ attention on solving the daunting and important problems that society faces. Solving “wicked edgy” problems in order to improve lives is a practice so entrenched at MIT, the authors argue, that it is difficult to maintain students’ attention without challenging them with difficult problems.

When a project becomes focused around solving a problem, rather than around a person (the team leader), many things change in the dynamics of project management. For starters, the leader(s) of projects may change, depending on the stage of development at which the project is. If what is needed at a particular point is engineering skills, an engineer will likely take the lead; if, at a later stage, a product needs to be launched on the market, a person with business skills will take over. This process of “stepping up and stepping out”, or assuming leadership when necessary and allowing others to take over when the situation calls for it, keeps teams motivated and projects running effectively, the authors contend.

This type of leadership is not always free of controversy. Intelligent, problem-solving leaders, such as many MIT associates, can disregard the importance of emotional intelligence in workplaces and are averse to bureaucracy and traditional leadership practices, even when those cannot be avoided or when avoiding them would lead to conflicts or problems. The authors conclude by noting that MIT-style leadership works best in environments where there is a premium for innovation and where science and technology are core to success. While it does not work in all situations, this leadership style is something that the world could use more of, as it is the type of leadership that can take society in new territory.

Inspired by Robert Kegan and Lisa Lahey’s research on deliberately developmental cultures, Schwartz recommends in another opinion piece for HBR that leaders espouse a growth culture in their organizations, which is characterized by an environment that feels safe (i.e.: where leaders are willing to assume personal responsibility and appear vulnerable), that focuses on continuous learning, that experiments with new behaviors in order to test unconscious assumptions and where continuous feedback – top-down, bottom-up and horizontal – is the norm.

The more traditional approach to leadership, which encourages performance at all costs and against all odds, may actually harm companies’ growth, Schwartz contends, by creating a zero-sum game in which employees are classified into “winners” and “losers” based on a one-dimensional metric – performance, and where fears are exacerbated because the losers are expected to be “weeded out”.

By combining traditional systems’ thinking orthodoxy and the increasing focus on nature-inspired solutions, BCG proposes a six-pronged leadership approach in order to manage an increasingly complex environment. Centralized, top-down leadership does not account for the complexities and non-linearity of the world we live in, BCG argues. As a result, it is doomed to fail, as past experiments – such as the Soviet Union and of the now-defunct American pharmaceutical company Valeant Pharmaceuticals – have shown time and again.

Instead of a centralized, top-down approach,leaders should look to incorporate a holistic, systems’ thinking to problem solving and to draw inspiration from the natural world in their management style. The six pillars of this novel type of leadership, which BCG dubbs “biological management”, are:

We hope you find the above useful. Have you read anything interesting on the topic of leadership recently? If so, we would appreciate it if you could share it with the AtomLeap team.

This program is financed by the European Social Fund (ESF), as well as the State of Berlin.
Category: StoriesBy The High-Tech SeedLab TeamMarch 16, 2018Leave a comment
Tags: AtomLeapBerlinbiologicallybusinesschallenge-driven leadershipChallengingculturediversityfocusgrowthinnovationLeadersleadershipmust readsorganizationsperformancepersonal strengthssolutionstrengthssuccessUnique

Can early-stage startups be drivers of a more sustainable future?
June 18, 2021

How to nonviolently emphasize awareness, responsibility and empathy within a team
May 28, 2021

Understanding the Murky World of Employee Stock Option Pools in Germany
May 21, 2021

On Deck: The Modern Educational Institution for the Future of Work
May 7, 2021