The use of Artificial Intelligence in satellite imaging 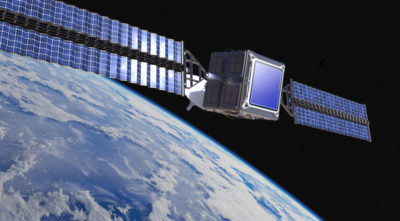 Another week, another post about high tech. On this occasion, we would like to visit the topic of Earth Observation (EO), an emerging niche in the space industry that is also represented in our accelerator program through LiveEO, the startup that we introduced to you on this very blog two weeks ago.

The space industry was, until recently, highly centralized and largely state-run, which meant that it was a heavily regulated and risky business, and that progress was slow. But this is quickly changing, as the rise of new technologies and the emergence of new players and business models are beginning to disrupt the space industry as we knew it. In 2016 alone, $2.8 billion were invested in space startups and, according to consultancy Bryce Space and Technology, 2017 is expected to be another record year, with a reported 25 space venture deals signed in the year-to-date.

Artificial Intelligence (AI) and Machine Learning (ML) are disrupting most sectors and areas of activity these days, and space is no exception, as the two are increasingly being employed to address a wide range of space-related problems, such as the development of robotic moon landers or root cause analyses (RCAs) for rocket failures. However, one of the most promising applications of AI in space technology to date has been EO, or computer vision techniques applied to satellite imagery.

The publicly listed DigitalGlobe (NYSE: DGI) is one of the leading EO businesses in the world.  The company has grown exponentially in the past year, after acquiring Radiant Group, an established EO business working with US intelligence customers, and Timbr.io, a data science startup for satellite imagery, in October 2016. One of Digital Globe’s main competitors, BlackSky Global, has also experienced tremendous growth recently by raising around $50 million in venture capital funding and acquiring OpenWhere, a software company developing a web-based platform for satellite imagery analysis. Aside from these two companies, the table below lists eight other high-potential EO startups that are employing AI and ML.

AI-driven satellite data applications can significantly improve the satellite imaging industry by dramatically reducing the costs of imagery analytics and interpretation, which are currently still often performed by human analysts, as well as by facilitating data processing.

Beside improving the satellite imaging industry itself, AI can also solve business-related issues and help increase sales and efficiency. In the insurance industry, for example, enterprises such as Orbital Insight are using satellite imagery data to make sales predictions for shopping malls and to forecast oil production in the fossil fuel industry, by counting cars and gauging oil tank levels.

More immediate applications of the AI-based space industry is that of solving real-world problems and improving the lives of communities around the world. An example of such an application is the Facebook Connectivity Lab; in line with Facebook’s vision of connecting the world’s most remote regions to the internet, this application aims to identify the exact areas where people lack reliable Internet access. In collaboration with DigitalGlobe and by using technology similar to Facebook’s facial recognition software, the Facebook Connectivity Lab has created maps that show the exact locations without good internet access. Located in 20 countries, these regions are home to two billion people.

Thanks to AI, space is quickly transforming into a more flexible and progressive industry. In the coming years, the amount of space data available to governments and businesses is bound to increase dramatically, which could have a multiplier effect on its applicability to solving some of the long-standing problems facing our society.