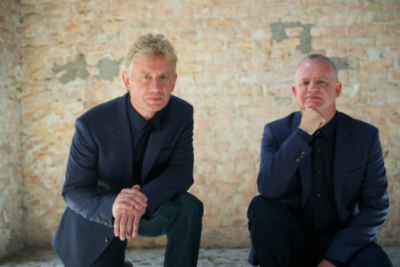 Since the first round of our accelerator program started last week, we have been hard at work meeting with the participating teams to set goals for the program, determine or refine their growth strategy, and establish the priorities for the coming months.

Over the next few weeks, we will take a closer look at each of the teams to introduce the people behind the ideas and talk about their motivations and expectations. The first company we would like to bring to your attention is |pipe|.

|pipe| is a secure, low latency side channel (a transport layer) connecting an IoT device directly to the owner’s smartphone browser without passing via a cloud-based intermediary server. The company was founded by two likeable Brits, Simon Hossell and Tim Panton, and its solution is licensed as a software toolkit (SDK) to device developers and original equipment manufacturers (OEMs).

Simon Hossell (founder/CEO) has been working for some time in the mobile and internet startup scene, initially in London, and then in Paris, New York and Berlin. His skills are in business strategy and marketing, software licensing, finance, legal affairs and media relations.

Simon has been working for many years at Gracenote Inc., a California-based startup. There, he set up and ran European operations, negotiating software licensing and co-branding deals with large consumer electronics, digital music platforms and European automobile manufacturers. Gracenote was acquired by Sony Corporation in 2008 and is now part of Nielsen Holdings, PLC. Prior to founding |pipe| with Tim, Simon was Cofounder/CEO of a Berlin-based company offering unlimited P2P file transfer.

In his spare time, Simon loves to workout, calm the mind and relax his body. He loves yoga and swimming. He also has a passion for French cinema.

Tim Panton (Founder/CTO) is a technology expert that invented and patented the technology behind |pipe|. Tim writes all the |pipe| software and manages product development. Leveraging his previous experience, he also helps define WebRTC standards at the W3C and IETF.

Before starting |pipe|, Tim co-founded a web-based telephone company and subsequently sold the intellectual property rights to Tropo Inc., which was then acquired by Cisco. Prior to that, he was the technical co-founder of Westpoint, a web security company that has recently been acquired by Capital.

In his spare time, Tim likes to cook and go on walks. He also loves to read, as he is a member of the local sci-fi book club, and travels whenever he gets the chance, preferably in a small group of close friends. Furthermore, he is a contributor to “openbenches.org” and occasionally helps out on art projects.

We have asked Simon and Tim a few questions about their product and expectations for the AtomLeap High-Tech Accelerator, and below are their answers:

What hashtags best describe your product/idea?

When did you start working on your idea?

The original idea for |pipe| came to mind in 2014, when I began thinking independently about the possibility of leveraging the WebRTC protocol (data channel) to connect IoT devices directly without an intermediary cloud server. I developed some software code and tested it in the field on real devices, and then filed patents on the core innovation. Simon and I met subsequently and we founded |pipe| in Berlin in June 2016. |pipe| has been in beta mode since December 2016. We have received feedback from device developers and OEMs and improved the SDK.

How has your product developed in recent months?

In recent months, we have refined the market proposition to clarify that |pipe| is actually quite complementary to cloud-based services, effectively a ‘side channel’ that can be used especially in ‘difficult’ use cases, where it is necessary to push identification and authentication to the ‘edge’.

This year, we have developed and refined the |pipe| brand and engaged with a major Silicon Valley-based device OEM to integrate |pipe| into a new product offering, and prepared a pipeline of business with device makers active in a large variety of vertical markets.

Why did you choose to take part in the accelerator program and what are your expectations from it?

We are looking forward to interacting with the other startups on the program and to developing relationships with AtomLeap’s partners and contacts, especially amongst manufacturers and venture investors.

Thank you, |pipe|, for the interview. We are looking forward to working with you too, and to seeing your product evolve.

That is all for this week. Stay tuned if you want to hear more about the other startups in our accelerator program in the coming weeks.