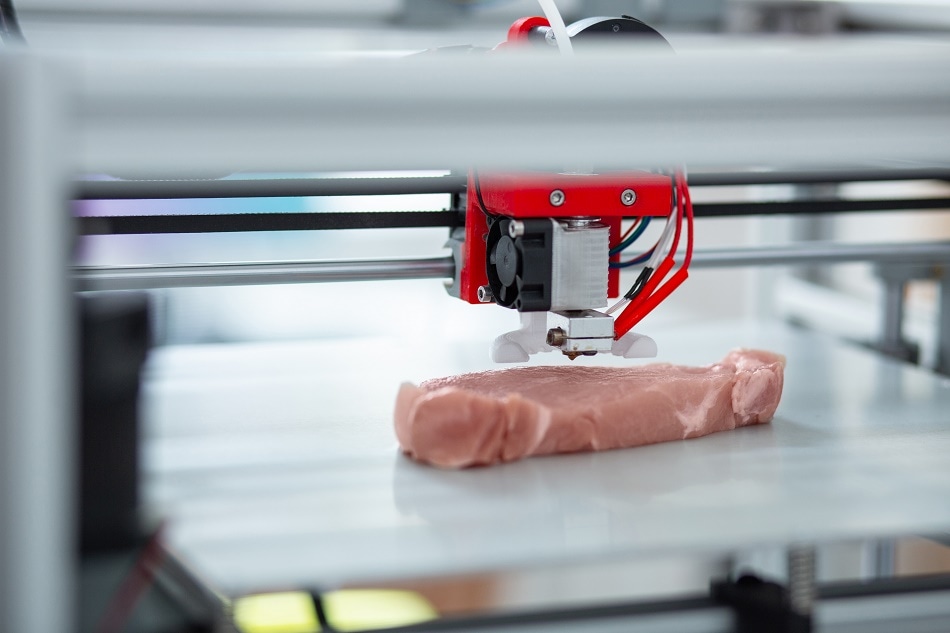 For the climate-conscious carnivore, mealtimes are a testing source of moral dilemma: satisfying a craving for a juicy steak necessitates not only murder (likely in cruel and horrid conditions), but also the staggering amount ecological collateral involved in the production process (colossal sums of water and energy consumed, egregious amounts of greenhouse gases and toxins emitted).

To lay some facts down, a kilo of steak is estimated to take some 15,000 liters to produce, compared to around 300 liters for your garden variety veggies, while grazing land and farms used for producing animal feed takes up almost 80% of all agricultural land. Occasionally, studies like this one finds that the top three meat firms (JBS, Cargill, and Tyson) emitted more greenhouse gases in 2016 than all of France.

One might surmise that the solution is in fact, quite simple: eat less meat. Alas, being a species so often defined for its stubborn will — changing habits like eating meat on any meaningful scale is a monumentally difficult endeavor — especially if the habit is considered by some as less of a habit and more an inalienable way of life.

This is why the idea of printing meat is so intoxicating: instead of embarking upon the unenviable journey of persuading lifestyle changes on a planetary scale, what if you could fulfil those needs by more humane and ecological means?

Printing meat is exactly as it sounds: using specialized 3D printers to produce meat, layer by layer. The meat could be composed of vegetable matter, like those of Beyond Meat, or made from animal cells grown in a lab. In the latter case, the procedure would involve something along the lines of a biopsy of the desired animal where cells are taken, which in turn are cultured in a lab to multiply, then finally printed into the final product.

Admittedly, it all sounds like stuff of science fiction, and too fictitious to be a feasible option to given the urgency of climate change; the need for 3D printers and lab-grown cells also sounds prohibitively expensive, and widespread adoption unlikely.

Meat-printing tech has actually been improving rapidly since the idea started making headlines in the 2000s. Already, plant-based alternative meats can be printed to consumption-ready standards, with firms like Novameat estimating that they can get their plant-based printers to restaurants in Europe some time in 2020, with supermarkets and personal homes to follow; Redefine Meat, another firm, has already served people in Israel.

If you’re still dissatisfied, firms are also making good progress in printing real meats. Israeli company Aleph Farms is one example — it takes cells from cow muscle, blood vessel, fat, and support cells, grows it, and prints it into meat — all in about 3 weeks. In fact, the firm actually conducted an experiment to grow meat on the International Space Station.

Yes, it will be more expensive to begin with. Redefine Meat’s plant-based products, for instance, cost some €33 per kilo, about twice the cost for a top-shelf supermarket steak. But if these companies get big enough with early adopters, economies of scale would kick in and push the price down to be competitive with, or even lower than, traditional farmed meat.

Still, hurdles exist. Like with GMOs, suspicious consumers may be hesitant to try out printed meats as anything more than novelty products. The currently-costly production also makes it difficult to compete with the poultry industry, which are comparatively cheap to produce; it could also prove challenging to convince uptake in developing countries with expanding middle classes, who tend to demand more luxury goods like meat.

Mass deployment of 3D meat printers, for sure, is still some way off. And whether widespread adoption is even possible beyond the niche of tech-foodies is yet to be proven. For the climate-conscious carnivore, though, a morally satisfactory alternative besides going vegan or tearfully dining on slaughtered dishes may yet exist.

This program is financed by the European Social Fund (ESF), as well as the State of Berlin.
Category: StoriesBy The High-Tech SeedLab TeamNovember 20, 2019Leave a comment
Tags: 3D printingenvironmentalMeatlessPrinted meatsustainability